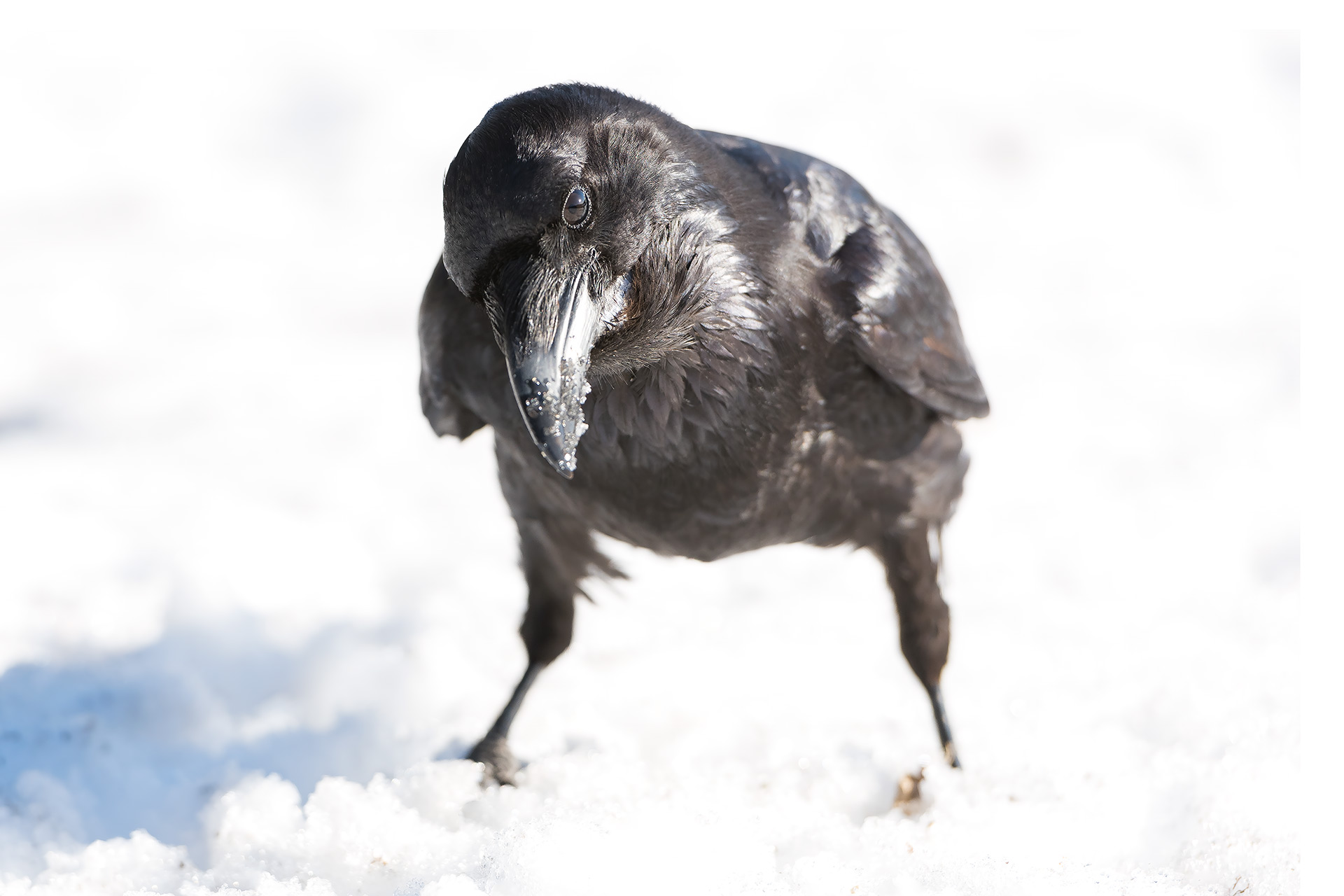 Always be careful when taking photographs of Ravens.  They’re smart, playful and mischievous. Beware the risks, and stay away from the base of tall trees on a snowy day.  An overhead branch doesn’t take much coaxing to cover you in its snow strained icy white. It happened to me recently, followed quickly by a prankster’s cackle from high above. It wasn’t the first time – shame on me.  Given the chance, would I do the same? I’m sure my daughters would think so. When mischief is present, a keen awareness is always necessary.

Scientific studies have revealed Ravens to be the smartest of birds. When you see them up close, their intelligence is palpable.  A Raven’s brain is more similar in relative size to mammals and primates, than to other animals. They’re intelligent, cunning, and at times silly creatures. Flying monkeys is an apt metaphor.  Spend enough time with them and their personalities become apparent.

Ravens have the ability to learn, remember, and use insight to problem solve.  A kind of insight that doesn’t come easily to humans until they’re 3 or 4 years old. Ravens can distinguish and remember faces – those who have treated them well and those who have treated them poorly. They make tools to gain access to food that’s out of reach, and can delay gratification, forgoing a small reward now in exchange for a larger one later.  Can your toddler do that?

Contact
Copyright Adam Bacher
All rights reserved. Absoutely no use without prior consent.